The Night (A Short-story)

“Isn’t she the girl who tried to kill herself a week ago?”

THE HOARSE KNOCK on my door wakes me up. I unwillingly squint towards it and curse inwardly to whoever it is for ruining my morning slumber. I let the knock continue for some time. I hesitantly fetch my cell phone out from underneath the pillow to watch time. It is already a quarter to ten.  To my surprise, I find seven missed calls from my friend and right away jump out of the sofa and head towards the door. I know it’s him because he is an early bird who never fails to wake up in time.

“I am so sorry. I was sleeping like a log.” I apologize as I open the door. “Please come on in.” I can see the anxiousness in his eyes.

“I am really sorry for wrecking your sleep.” He apologizes back.

“ It’s okay. I was about to wake up. What’s the matter? What did bring you here?” I inquire.

He grabs a pillow from the couch and sits, clutching it smoothly, where I was sleeping a while ago. He does not answer. Instead, he seems lost. “Is everything all right?” I ask again. He briskly throws an enigmatic glance at me. I cannot comprehend what his eyes are trying to reveal. However, I get the hint that something is bothering him otherwise he would not have showed up like this. He fishes out a piece of paper from his pocket and cautiously unfolds it. I just don’t get it! What that is and what he is doing.

“The moment you read this letter I will have been gone.” He begins to read the paper in a quivering tone. “I must thank you for the delicious dinner. You cook really well. The girl will be lucky to have you as a husband. You are sleeping right beside me and I am gazing at you. Also, I am wondering what you are dreaming of. I am writing all these stupid things because the sleep and I have long been divorced. Besides, I have nothing else to do save think. Thinking has always been my true companion. Therefore, I picked up a pen, tore a paper from your notebook, and started scribbling the things that have been going on in my head. Actually, there’s nothing to say but I must tell you that you are not the first man that I am sleeping with. Nonetheless, I really felt safe when you wrapped me by your arms and cuddled me. And it was a different feeling which the words can hardly convey. I was baffled when you said I was the second woman that you were sleeping with after your mother. . .” He stopped there. I waited for him to resume the reading but he didn’t.

“I found it this morning in my drawer,” said he showing me that piece of paper which he had already folded evenly. “You must be wondering why I am reading the letter and telling you all these things and all.” He wasn’t expecting the reply. “Do you believe in coincidence?” He asked. “Well, I have never

thought about it.” I answered because I was uncertain what to say.

“I vividly remember the night we spent together.” He continued. “She had come into my room precisely a year ago today. We had a very splendid time together. We talked incessantly. We gossiped almost about everything; some banal things, some funny ones, and of course some serious matters as well. Yet, there was chatter, patter, gossip, and what not. We shared things with each other which we were unable to express to others. To be precise, we disclosed the true version of ourselves. At least I believed we did. Still, some of her emotions and ideas were indecipherable.”

He stopped talking and placed the pillow in its in situ. “I still remember,” he resumed narrating, “that she was talking about life or something which was beyond my comprehension. She was saying: ‘Life is a sort of labyrinth. Once you are snared in its labyrinthine tunnel it is impossible to get out of that puzzle. Besides, there is no one to rescue you from that realm. For everyone on earth is a prisoner of the life irrespective of the wealth or the power that we possess. Or, no matter how much free we think we are. There is no doubt I am a free person. Hence, I have the utter freedom to run my life the way I want. Yet, I am not free although there is no one to interfere in my doings. Something stops me and does not allow me to do the stuff that I wish to do. But I am completely oblivious about the thing that’s been keeping me from doing the stuff that I really want to do. Therefore, it always occurs to me that I am a shackled soul. I have been chained in this shackle from the very day I made my way to the mud from the warm womb of my mother. It took years to realize and I am still trying to internalize the truth. Nevertheless, I do not hold the power to destroy the chain and free myself from it. Besides, I do not think there is any point even if I succeeded to demolish the shackle. Does it make any difference?’”

He took a long break and eventually began his story. “I did not grasp what she was saying to me but listened to her very carefully. We did not care much about the time. We revived all the old memories that night. In fact, we inwardly desired for the time to be still until we satiated talking. Finally, we decided to sleep. Since there was only one bed available in my room, I asked her to sleep in mine and I arranged another one on the floor and crawled into it. We bade goodnight to one another and patiently waited for the slumber to devour us. However, we were unable to catch sleep. Besides, the darkness and the extreme noise of silence filled the void of the room. ‘Are you asleep?’ I asked her in a mild tone. ‘I don’t think so.’ Her sleepy voice echoed in the darkness. ‘Would you mind if I joined you down there?’ I was taken aback by her question. But she climbed down and stretched beside me before I was able to answer. ‘I haven’t slept with any woman so far except my mother when I was a kid.’ I told her. She did not respond to my remark but vacantly stared into my eyes. I don’t know what sort of impression I created when I said this but I had spoken the truth. Both of us remained hush and listened to the dog barking somewhere in a distance. She sluggishly turned toward me and extended her arm around my chest and delicately caressed the shoulder. Still, none of us could utter a single word. Yet deep down, we both knew we wanted more. Something more than huddling down together. Her aura was so appealing, so enthralling, that I could not stop myself gazing at her visage. A few strands of her hair had half covered her face. She peeped through her lock of hair as though the moon peeks through the dark floating clouds. She looked innocent and that innocence was even more seductive. She was drawing me closer more and more and I knew if I did not stop the rush of feelings, I would not be able to control myself.

“I had started to feel the different sensations by then. ‘I am feeling uncomfortable.’ Said I. ‘What!’ Why? ‘I could see a large curve on her face as she uttered the words. She did not say anything more, rather she mounted her thigh and carefully brushed on mine. As our thighs collided, I felt the intense desire of exploding inside her. What’s more, I was already aroused and I could feel my manhood erect. I had initially thought that she would be offended but no, she wanted me then. Her eyes were pleading me to make her mine. All we could feel was one another’s warm breath. We were entirely drenched with the intoxication of unidentified emotion. But I knew she was vulnerable. I gently hugged her, cuddled her into my arms, and kissed on her forehead.

“When I opened my eyes, the sun was already far from the horizon. I looked at the clock on the wall. It showed half past ten. However, she was nowhere to be seen. She had left long before I was awake but there was a torn piece of paper on the pillow. I certainly had to be the recipient of the letter. I skimmed through the letter but I reread the part where she had written: ‘I have shared the bed with many men but you are the only man I felt comfortable to sleep with. Sleeping with you was one of far more pleasure than getting orgasm from the men. You are a very honest man and I am indeed glad to have a friend like you. I could have easily lost control but thanks to you, I was able to control my libido. I wish you nothing but luck in life.’ Then I folded the letter and put it inside the drawer which remained untouched till today.”

“I can figure there’s something wrong whenever she appears like this.” He still was not finished. “Yet I couldn’t fathom how intense her pain was although her murky eyes could undeniably reflect the perpetual sadness. Nonetheless, she couldn’t unfold the turmoil that was gnawing her inside. And I am certain, her sole aim behind the unexpected visit was to regurgitate her blues to me so that she could feel relieved. However, she skipped the part she had to mention and I have no idea at all why she did this.”  He sighed looking at the letter.

“What is her name? Do I know her?” I asked. Since he was one of my good friends, I thought I might know her too.

“Her name is Zenny.”

“Isn’t she the girl who tried to kill herself a week ago?”

“Yes, but this time she succeeded. I got the news this morning when I was reading the letter. What do you call it? A coincidence?” He looked at me with a questioning eye. I said nothing. I was thinking but did not know what in particular. A stream of thoughts was crawling in my mind but I was unable to distinguish one from another.

“And one more thing,” he said, “she was found HIV positive.” 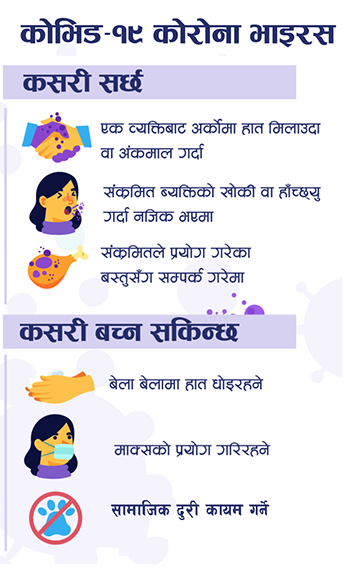